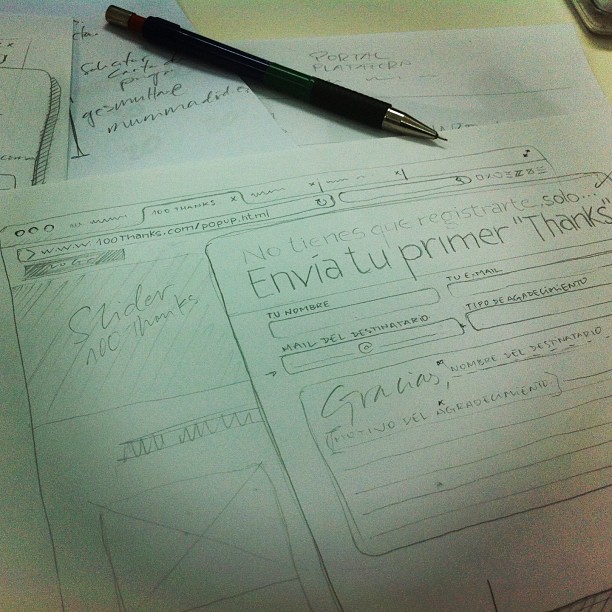 100Thanks is a project of change and major changes occurred globally :). We started talking in English from NOW ON…

100Thanks has nearly two months of life, and when I thought  about it I did it with the desire of start a light fuse that could cross borders, to send a message, and could even surprise us how far it can go. That was the main reason I wanted to use for the title a word recognized by any habitant of the world.

It is true that I never thought that in two months of life would be so necessary to start with the English version of the project. We are immensely pleased that the appearance on the cover of USA Huffington Post last week pushed us quickly to make this language version and above all begin to think that the project, wherever has support, it could be translated into local languages.

A first and quick option on the same night in which we appeared in this newspaper was to put an email for anyone who may be interested in translating the project to their local language and can contact us, and it´s  working, we are receiving many MAILS, THANKS TO YOU!!!

At that time, we started to program and get everything ready for anyone who wants to translate the web, can write us and tell us; and also provide in a simple way some files where certain texts could be translate it, and we can have people thanking in any language. The result, we have the English version almost ready!.

If you’d like to translate 100Thanks to your local language, write to contacto@100thanks.com and we will send the language file to do so.

100Thanks is made up of a platform to build a global map of thanks and create a notebook with your 100 acknowledgments; plus some chapters telling 100 things I learned the change and which inspired me to give thanks and to initiate this project. We hope that these chapters may also be useful for anyone who wants to read them.

The Spanish version has already published nine of these chapters, and we have seen the importance of translating them from the first one in English so that any visitor can easily help us to do the same in other languages.

Today we began publishing these chapters in order to get the two versions to be at the same time :).

THANKS TO YOU ALL !!

You can comment and tag, help us to spread 100Thanks